On Removing Statues And Erasing History

Fine, I give up. All statues matter, all statues accurately represent history, we can’t shed any new light on history by studying it, we can’t learn anything more than our grandparents knew, and removing any statue erases history.

Now that I understand, we have a lot of work to do, so much history is erasing right now, that’s why I want to start a go fund me to erect this monument of Charles Manson in Los Angeles.

I know he is a controversial figure, but he is very well known and had a strong impact on the community in L.A. and the entire country. Like it or not we can’t change history, and the history of Mr. Manson has to be preserved in statue form, in the city center so that we don’t repeat it.

Of course, we don’t want a monument of grisly murders (that would be poor taste) so this historically factual statue of him once holding a child will be perfect. It will remind everyone in L.A. that the rest of the country wants to never forget that for parts of his life he was kind to children. If some residents of Los Angeles choose to remember Manson as the man who directed the gruesome murder of actress Sharon Tate, her unborn child, and 4 other adults in her home, that really is their problem. This monument will not be about hate or violence, it will be about history and heritage that we want to never forget.

I am also planning to preserve the history of Jeffrey Dahmer as a skilled chef in Milwaukee, Timothy McVeigh as a promising chemist in Oklahoma City, and the 911 Attackers as a group of aviation enthusiasts in NYC - since all of this is technically accurate history, and we wouldn’t want it to go erasing any of it.

*This is satirical, don't fund this*

Posted by Whitewashed USA at 11:30 AM No comments:

To my melanin enhanced friends, you can scroll past this one, I need to have a quiet chat with other pigment challenged folks like me -

Think... just for a minute:

If there is any tiny part of you or I that believes African-Americans have more negative life outcomes because they are genetically or biologically prone to be more violent, less intelligent, lazier, less capable, more criminal, more deviant, more murderous, or inferior in any way; then we cannot solve racism.
First we have to come to terms with our own core racist beliefs.
#Juneteenth #blacklivesmatter #itsnotnatureitssystemic 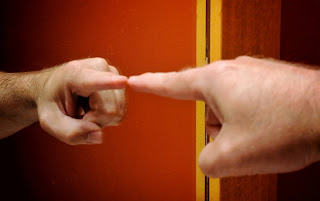 Posted by Whitewashed USA at 12:30 PM No comments:

No, Black Americans Don't Burn Down Their Own Neighborhoods

First of all, a neighborhood is the people in it, the homes they live in and the human connection that bring people together, it is not the large corporate stores and businesses that pull money out of the community.

So can we please stop using the narrative that Black Americans burn down their own neighborhood when they get mad. It's really a paternalistic, dismissive, oversimplified way to justify our own apathy towards social problems we don't feel impacted by.
Being a generally decent human requires us to listen and learn before judging and reacting. 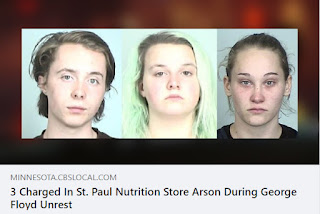 Here is an article on CBS Local that shows where some of the damage is coming from.
Posted by Whitewashed USA at 12:28 PM No comments:

What Do We want Our Relationship With Police To Be?

It's really not about if all our police are good guys or bad guys, or if all are racist or not racist. Those kinds of extreme dichotomies don't help the conversation.
Racism is not a police issue, it's an America issue we all need to deal with, and the police are doing the job we gave them, they are showing us all who we are.
What we need to work out is what we want our police to do for their job, and what does the balance of power looks like between police and the communities that hire them to protect and serve. Right now that balance is way off and everyone is suffering because of it, including police officers themselves.
We also need to decide if we are OK with giving people that do racist things a baton, gun, and license to act violently at will.

Click here to read the article from the ST Louis American
Posted by Whitewashed USA at 12:19 PM No comments:

What Is Racism - A Panel Discussion

Here is a great panel discussion about the situation we are currently facing in the United States. there is a lot of work to do please listen in and join the national discourse.

Click HERE to be taken to the video on Facebook.
Posted by Whitewashed USA at 12:13 PM No comments:

I Will Stop... Tomorrow 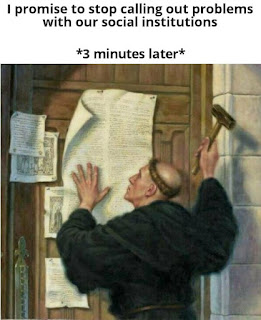 Posted by Whitewashed USA at 12:06 PM No comments:

There are people that make fantastic police officers, there are other people that should never be allowed to own a pocket knife, let alone a license to kill. We have also designed a policing social system that can shield and promote bad officers while penalizing and firing good ones. We, the people own this system, we have the right to redesign it and fix it when it breaks.
From the article: 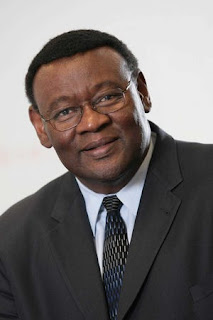 "One night, after a grueling shift, two white DPD officers pulled me over. I was still in uniform, badge affixed to my chest and a #2 pin on my collar, indicating that I worked in the 2nd Precinct. I identified myself as a fellow officer, thinking they would see me as an equal. Instead, one pointed his gun at me and said, “Tonight you’re going to die, n-----,” before discharging his weapon. I dove back into my vehicle and miraculously managed to escape. I realized then that not even our shared uniform could save me from their racism. And I wondered that if they were willing to shoot and kill a black police officer, what were they willing to do to black civilians? As a supervisor a few years later, I stopped a group of officers from beating three black teens. I was finally in a position to hold them accountable for their excessive use of force. But my precinct commander yelled at me for attempting to "ruin the lives of those good officers." I witnessed this kind of complicity repeatedly. When other officers reported abuse, as they should, they were ostracized, transferred to lesser assignments and treated so poorly that many quit." - Isaiah McKinnon is a retired chief of the Detroit Police Department, retired associate professor of education at University of Detroit Mercy and former deputy mayor of Detroit. Here is the article from USA today
Posted by Whitewashed USA at 12:01 PM No comments: