Baltimore, Ferguson and How To Stop a Revolution

How many riots do we have left before we see something worse? Will you watch the next one through a television, or a window? 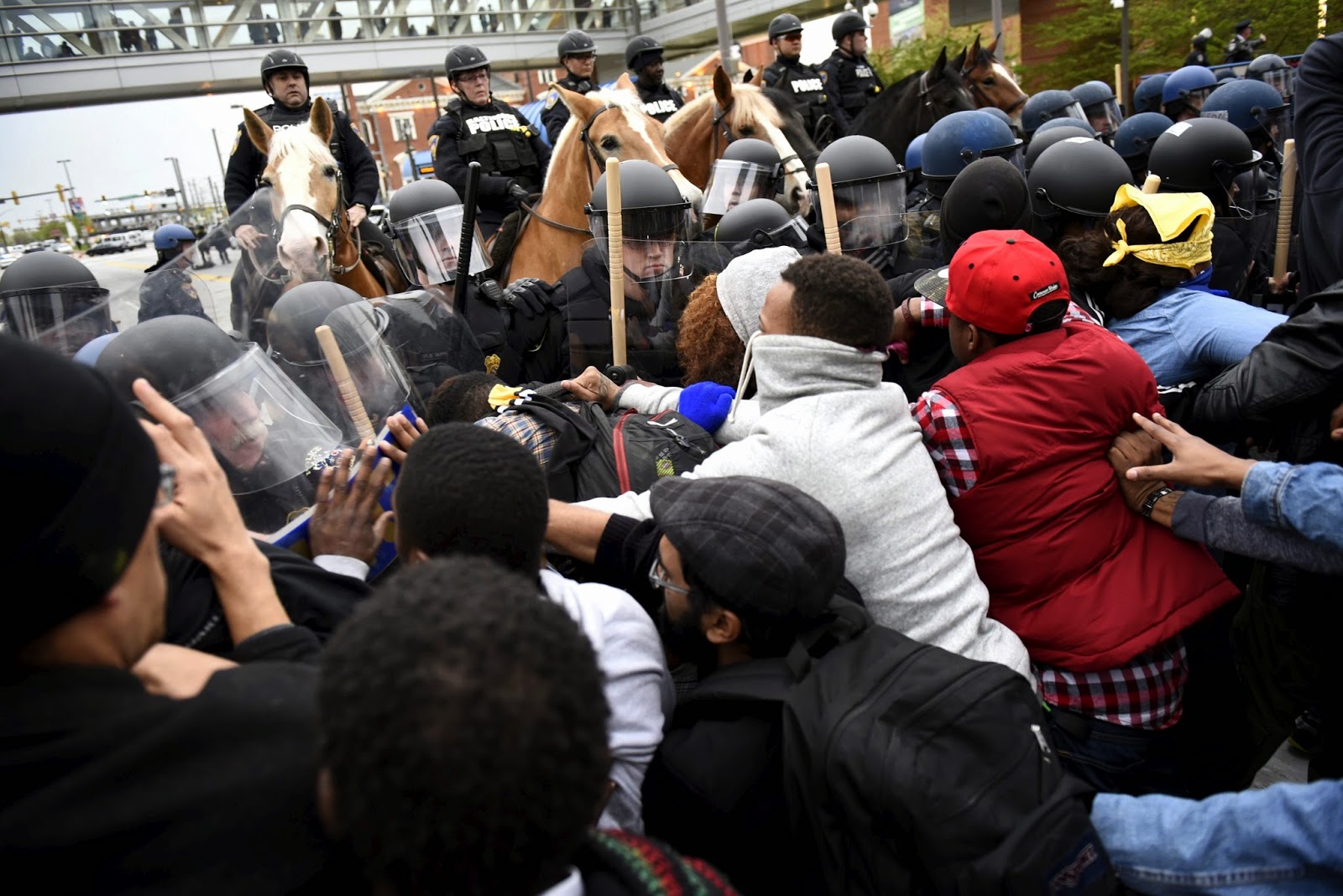 First, the protests are about race, or rather the social class system we created that we call race. They are about how our society works great for some people in this country but not so great for others, especially if you happen to be born with darker than average skin. This is unjust, it’s obvious to those affected by it, and all the protests, and violence are because people don’t feel represented or respected. It isn’t about any single incident and whether the people involved are racists, it is about a consistent pattern of violent and abusive results that disproportionately affect people of color.
I also want to point out that the violence playing out on news sources right now is miniscule compared to the thousands of peaceful citizens in Baltimore who are excercising their constitutional rights to peacefully protest. That does not remove the fact that the incidence of violence around protests is increasing and we can expect that trend to continue.
We can all agree that violence is bad, and that innocent people are always hurt when violence is employed, but history teaches us why and when we can expect violence to come. Every revolution in civilized history followed the same patterns of behavior. They all started with some citizens having a strong sense that the social system around them was unjust. Because of social norms, these citizens bore this injustice silently at first, believing that society would notice and correct the problem. When changes did not come, those citizens became vocal, thinking that if those in charge of the country only new of the problem, they would certainly enable change to happen. When this still did not produce improved outcomes, the growing voices would take to the streets to be noticed and be heard. If there was still no change, the protests became increasingly angry and violent, the organization of these citizens grew out of anger until war tore each country apart to decide who would design the next set of laws and social systems.
This is history, this is the story of France, England, Russia, and almost any other country you can name. This is the pattern that unfolded through the Arab spring, and is still unfolding right now in Syria and dozens of other countries with great unrest. Even here in our own United States, we are the product of this same pattern of revolution against an unchanging and unjust colonial system, this pattern of rebellion and demand for change is in our blood.
It was this unstoppable drive for justice that plunged our country into a civil war that buried 750,000 American bodies in our own ground. But not every rebellion ended with that kind of pain and loss. Sometimes we got it right, we saw the pattern unfolding, woke up and changed, and when we did, amazing things happened – wages became fair, women voted, and civil rights were granted, all because we saw violent change coming, and changed in a more peaceable way before it could get here.
We are watching as this same pattern unfolds in Ferguson, New York, and Baltimore, In each historic case that did not change peaceably, the story was the same, those in power did not take the time to understand and fix the problem. From Haitian slave owners who died not understanding how slaves could be so ungrateful, to French aristocrats who went to the guillotine proclaiming that there was no problem with their societal systems, there are plenty of examples of what we can expect down this same road. We don’t have to go that far, we can make a different choice and instead of waiting for violent change to happen, we can  stop, hear the problem, and move quickly to enact peaceful change in its place.

We are in a sustained and escalating social pattern that has only been resolved historically by either violent change, or peaceful change. Which one will we choose this time?

If you are ready for peace, get involved, study the problems, realize the broad impact that our racially divided history is having on our country today and push for a peaceful change in our laws. Start with those that govern police, judicial, and prison systems, then move on to education and financial reforms to make them more sensible and equitable for all. Change is coming, we do not get to choose whether it comes, we only get to choose the way we adopt it.
Posted by Whitewashed USA at 6:48 AM